It is true, if you join the Navy, you can see the world. I saw a lot. More than some and less than others, but for a small-town-high-school-drop-out, I did well.

While I was in the Navy, I lived in Southern Wales, U.K., and Guam. It was an education, and fun.

I traveled to France, Greece and all over the United Kingdom.

Guam was refreshing after leaving the gray skies of Wales, not unlike Oregon. It wasn’t until Ken and I married though, that we picked-up traveling. We’ve been to Mexico several times, Thailand, Ireland, Malaysia, Greece and Spain.  We loved Spain for its food and wine. We adored Greece for its culture and quaintness. Thailand is truly the land of smiles. People were so nice there. We loved our visits to Canada as well.

Ireland was cold and wet as we were there in October. In a strange way, it felt like home. One chilly night after the heat was off (Many places only turn on the central heat for a couple of hours.) my husband and I were so cold we went to bed with our fleece, wool hats and socks on. The proprietress, a women in her late 60’s or so, simply had on a skirt, a blouse and a thin sweater. I guess we’re not as hearty.

To the right is a map of all the states that I’ve visited.

I said in an earlier blog that traveling is good for the soul. I will say it again. Travel, it’s good for your soul. 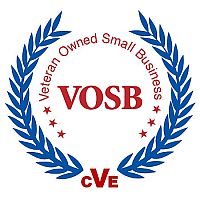 Subscribe to receive helpful tips in my email newsletter.